It seems like there is a major contracting triangle forming with support near $57,400 on the hourly chart of the BTC/USD pair. An immediate resistance on the upside is near the $57,800 level. It is near the 23.6% Fib retracement level of the recent decline from the $59,475 swing high to $57,250 low.

If bitcoin fails to climb above $58,000 and $58,250, there could be more downsides. The first major support on the downside is near the $57,400 level and the triangle lower trend line.

A downside break below the triangle support could lead the price towards the main $56,500 support level. Any more losses might put a lot of pressure on the bulls in the near term.

Hourly MACD – The MACD is slowly losing momentum in the bearish zone.

Hourly RSI (Relative Strength Index) – The RSI for BTC/USD is now well below the 50 level. 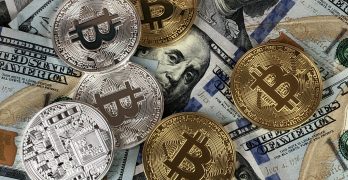 There are many different approaches to saving money when you invest in Bitcoin. To help you enhance your investment, here are some tips and tricks on how to approach buying Bitcoin, trading it, storing it, and spending it to help you save money on Bitcoin.